Tony and his colleague Derek Barker were the leading lights in the Northcliffe Heritage Project 2014- 2019 to which this web site is devoted. Without Tony, we would know much less about the history of Northcliffe than we do today and without his dedication and leadership the heritage project would not have taken off and enthused so many people about Northcliffe. Tony was diagnosed with cancer during the project and continued working to share his knowledge up unto his untimely death.

Tony was born in Kenton, London and graduated from Leeds University with a BA in History. He lived in Beijing, China for 2 years, studying and volunteering in Early Years settings there.

He was a devoted and creative Early Years teacher, most recently at Hirst Wood Nursery School in Saltaire.

Tony lived in Bradford since 1991 with his partner Jane Robinson, initially in Heaton then from 2006 in Shipley. The Shipley house rekindled his passion for history, as it was built for the adjacent fireclay works - and his new life as a local historian mushroomed! Many, many hours of research in various archives, libraries and on websites, and talking to people. He participated in some great community archaeology projects in our area, and especially enjoyed his long-term collaboration with local archaeologist Derek Barker. 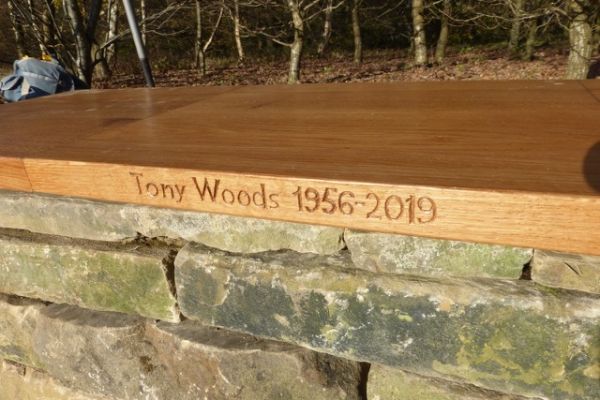 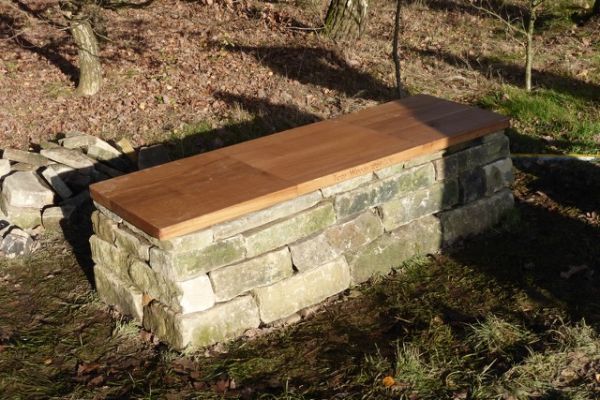 Several commemorations of Tony’s work on the Northcliffe heritage project have been, or are being, created. The partially finished report he was working on at the time of his death has been completed and will be uploaded to this site during 2021. A memorial lecture on Northcliffe Heritage will be given in either 2021 or 2022 depending on when gatherings are allowed and the project summary report is completed.

Friends of Tony have made a memorial stone bench which has been placed along the edge of Old Spring Wood, looking towards Heaton, where he first lived when he came to Bradford and across the meadow and woodlands that were the focus of a lot of his research.